In preparation for not having any free time with my new job coming up next week I felt it was necessary to get a few video games to enjoy before then. Both were released in the past week and both are remakes of games for other systems (PS2 and Sega Saturn). Below are my simple reviews.

Okami is awesome, the perfect meld of Japanese mythology, music, and style and looks simply stunning on the Wii. Unfortunately the gameplay mechanic of drawing with the brush is troublesome at times, but with a bit of practice you come to realize it's just part of the challenge. I really like the way it ramps up the learning curve and just engrosses you from the start. The opening cinematic is simple but effective in getting you excited for what's to come. There's also a website featuring the art of Okami which in turn inspired me to redo my laptops theme. 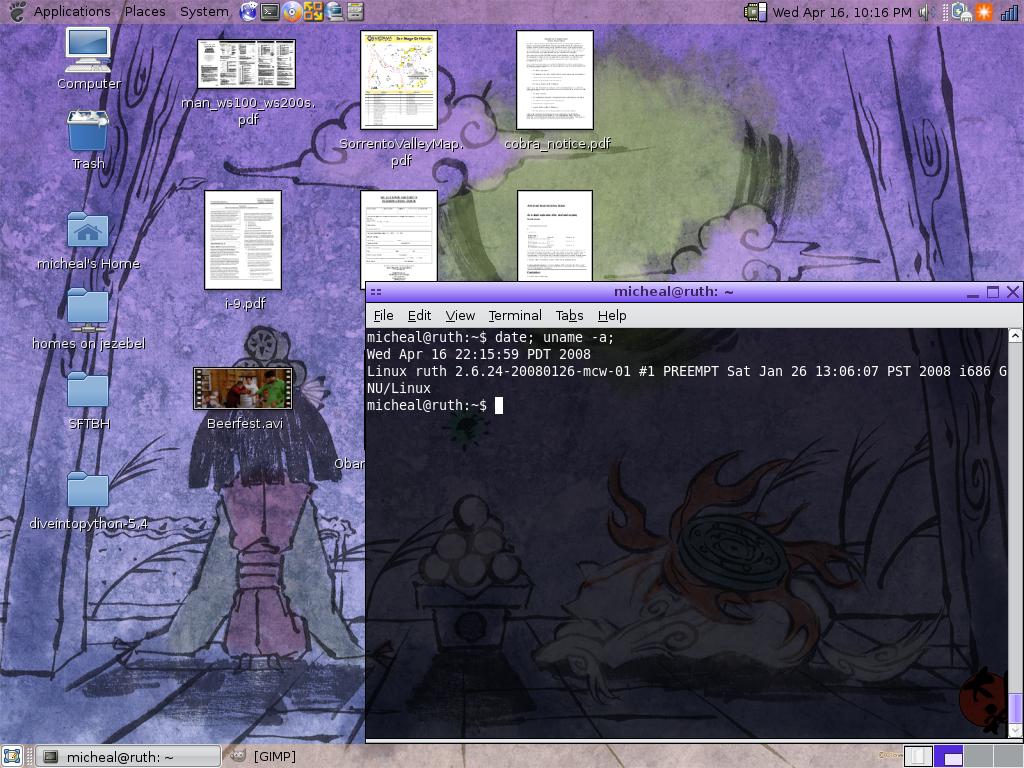 I actually haven't played Baroque yet, although reviews for it are less than stellar. It's apparently very Roguelike, with a multitude of weapons and equipment as well as randomly generated dungeons. The dark style and themes seem like something I'd like and I'll update this once I play it some.